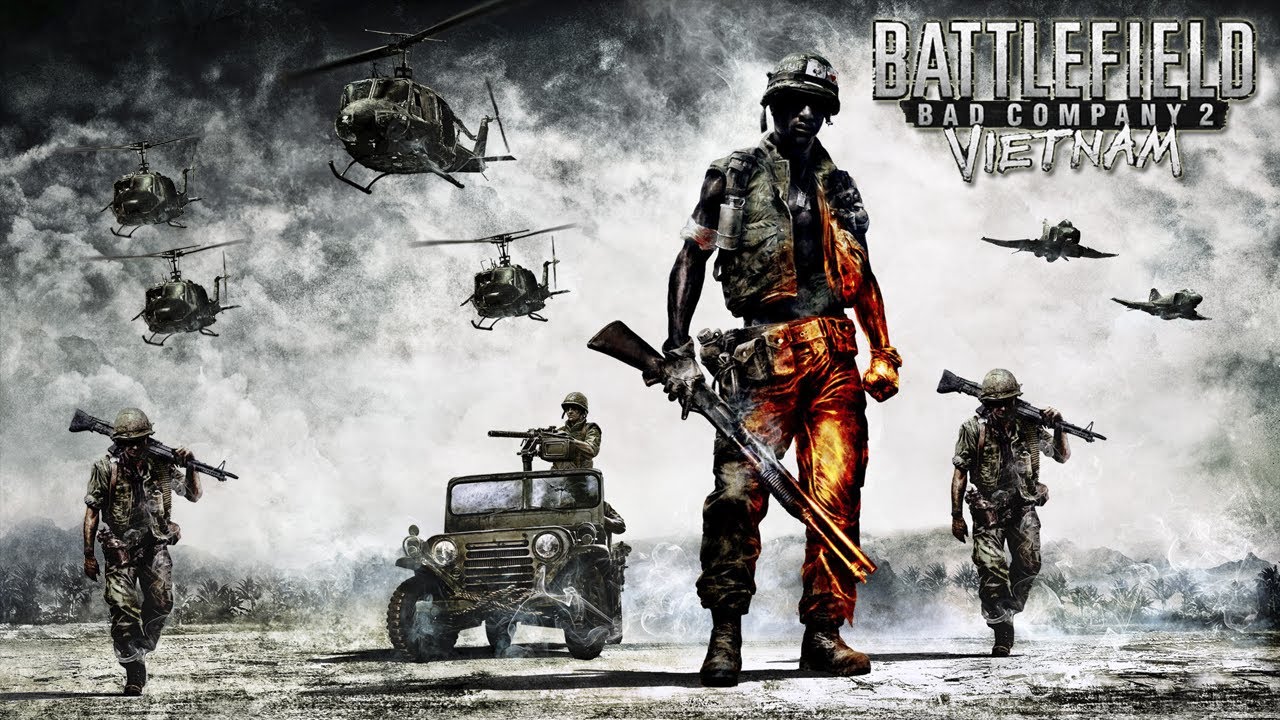 Battlefield: Bad Company™ 2 makes the journey back to the 60’s and the infamous Vietnam war.
Developed by: DICE.
Published by: Electronic Arts.

At the heart of this expansion lie four distinct, brand-new multiplayer maps based on the Vietnam War.
Each map brings a new gameplay experience and fresh visuals, with characteristics such as foxholes, tunnels and dense jungles from where the enemy can launch surprise attacks. Also, 15 classic Vietnam-era weapons and 6 vehicles are available from the moment you go online.

– 5 Brand New Maps:
From the rice fields of the Phu Bai Valley to the napalm scorched earth of Hill 137, five distinct Vietnam-based maps each bring a fresh visual and gameplay experience.

– 6 Immortalized Vehicles:
Skim the treetops in the iconic American helicopter. Drive the sturdy Russian T54 tank and the nimble US PBR “Pibber” patrol boat, plus three more vehicles immortalized in the Vietnam war.

– True War Dialogue:
All-new voiceovers for both American and Vietnamese forces, based on authentic communication from the Vietnam War.